﻿﻿The Art of Sales and the Evolution of Selling 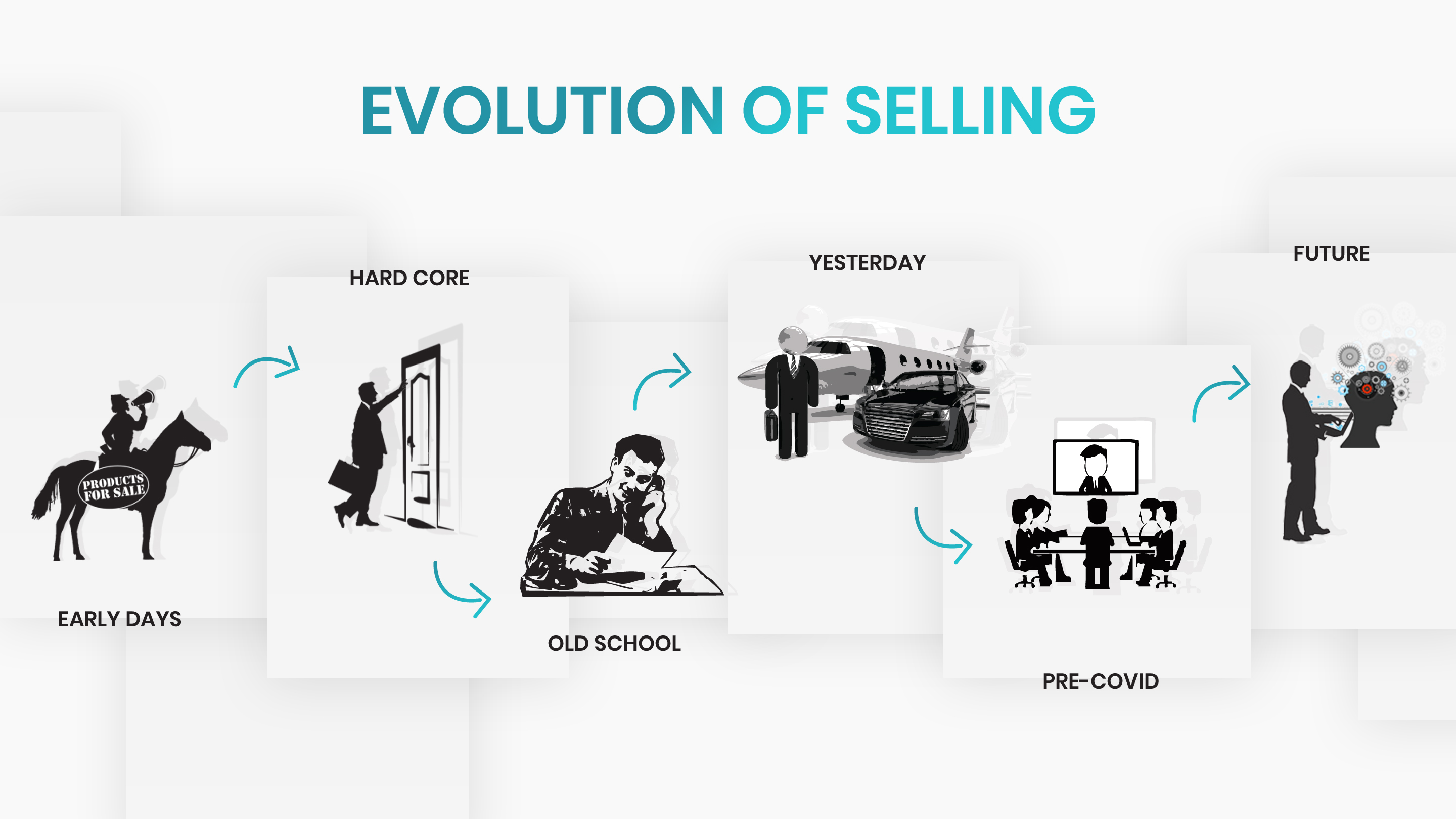 ﻿﻿It is so easy to make a sale or two these days, at least when compared to the pre-information technology era. You post a compelling ad on social media, search engines, or some websites, and people will be ready to buy your product or service.

But have you ever wondered how businesses generated sales in the pre-tech era? No smartphones, no computers, no telephones - yet there were successful entrepreneurs and businesses. In fact, some of the biggest brands today were founded in that era, and they have adapted quickly to the changing trends in marketing and sales to remain successful all these years.

In today’s article, we learn how selling has evolved over the years, from the pre-information technology era to the era of cloud technology and artificial intelligence. Let’s dive in deep!

You’ve probably seen salespeople riding horses announcing their products in some movies. Until the 1800s, it was the most prominent sales method. People interested in the product would come out of their homes and buy the product from the salesperson. Yes, shops and markets existed back then, but we are talking about professional selling here.

In 1752, Benjamin Franklin established America’s oldest and continuously active insurance company. During this time, insurance and many household goods were subscription-based products. A sales rep would go around announcing their products, close opportunities, and make regular in-person visits to collect monthly payments. Rolodex served as today’s CRMs and was the most basic way to organize leads and sales.

As many businesses adopted the same strategy, several sales reps would pass by the same neighborhood everyday, and it became increasingly harder to gain people’s attention. Also, as businesses expanded, the sales reps had no time to make new sales since most of their time was spent collecting monthly payments.

In 1916, the first World Salesmanship Congress was held in Detroit, MI, on the theme “Promote the dignity of salesmanship by the elevation of the rank of salesmen to a higher plane” and “encourage contributions to the science of salesmanship.” Over 3000 people attended the congress, and salespeople were encouraged to earn the customer’s trust. The world was accepting sales as a profession.

Towards the end of the 1910s, businesses started looking for more effective strategies, and as a result, door-to-door marketing evolved. Sales reps, then called ‘the fast-talking salesmen,’ would visit each home, make sales pitches, and close the opportunity. Sellers held all the information, and the consumers were told only what the seller wanted them to know. Sellers held power over the consumers since the only source of information consumers had was the sellers. They could either lie or not tell the entire truth to convince the consumer to buy the product.

The fast-talking salesmen were prominent in the 1940s and 1950s, but the next significant advancement was already on its way. Alexander Graham Bell invented the telephone in the mid-1870s, and the first telephone line was set up in 1877 in Boston. Telephones were rare until the 1890s. However, at the start of world war II, there was one working phone for every five people in the United States.

Just like telephones changed the way people communicate, they also changed the way businesses operate and generate sales. Companies started collecting telephone numbers and contacting people over the phone to introduce their products and services. Making a sale became much easier, and most of the salespeople began working from the office itself, although the door to door marketing was still in existence.

Even though the computer was invented in 1822, it was not commercially available until the 1950s. Spreadsheets were developed in 1979, and it was one of the most significant advancements that made sales and leads more manageable. Businesses could organize leads and sales more effectively. By this time, telephones were very common, and salespeople had adopted strategy selling.

Salesmen were trained to do an effective analysis of the prospect’s needs. Instead of letting the prospects ask questions, salesmen would ask questions, try to understand the prospect’s problems and needs, and introduce the product as the solution. Salespeople started building trust through connections and relationships and made consumers feel valued.

The next advancement was, of course, the World Wide Web. Tim Berners-Lee, a British computer scientist, was the one to make the greatest invention ever in human history. Businesses could create websites and showcase their products and offerings to a larger audience at a very low cost. At first, it was just text-only websites. As the web development industry advanced further, businesses could integrate many functionalities. Towards the end of the 1990s, most well-established companies had a website.

The next major advancement in selling was in the late 1990s when the first cloud-based Customer Relationship Management system or CRM was launched. CRMs made leads and sales management much easier and more manageable than spreadsheets, and salespeople could update the cloud system anytime, anywhere, transforming the way they work.

Also, in the late 1990s and early 2000s, several social media platform and search engine emerged. The world was stepping into the era of digital marketing and solution selling. Salespeople focused on the consumer’s pain and addressed that particular pain point. The solution selling strategy also gave significance to building trust and connections.

Door to door sales and telemarketing had lost their prominence as businesses could find and contact people who are most likely to buy their products using the internet. Reaching out to such people through email was more effective and time-saving than telemarketing.

By the 2000s, online shopping also gained widespread acceptance. Businesses could market their products on social media and search engines and direct all the interested people to their website to make a purchase. CRMs, online shopping, and digital marketing significantly reduced the time and efforts needed to generate sales and revenue, and businesses, small and large, could reach a larger audience irrespective of the office location.

By the end of the 2000s, web development and cloud technology had advanced further, and several businesses started trying out artificial intelligence on their websites and cloud systems.

And today, in 2021-2022, artificial intelligence has made significant advancements. Social media platforms went one more step further to offer behavioral targeting. Instead of targeting people who are interested in the product, businesses can find people who are actively looking for similar products and target them in their marketing. Also, businesses integrate AI-based chatbots on their websites. These chatbots can initiate human-like conversations with website visitors, find opportunities, and generate leads and sales.

In this decade, we see artificial intelligence helping us automate most of the business areas, including sales. With the latest solutions, businesses can automate lead generation, sales qualification, and lead list organization with the help of AI algorithms.

With rigorous research going on in the field of artificial intelligence, it’ll be interesting to see what the future holds for us. Complete business automation? Real robots talking to people? We don’t know! Only time will tell us. 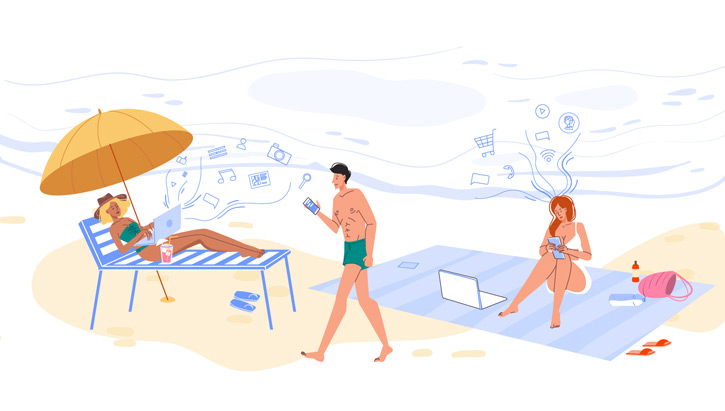 ﻿﻿How to Collaborate Effectively If Your Team is Remote 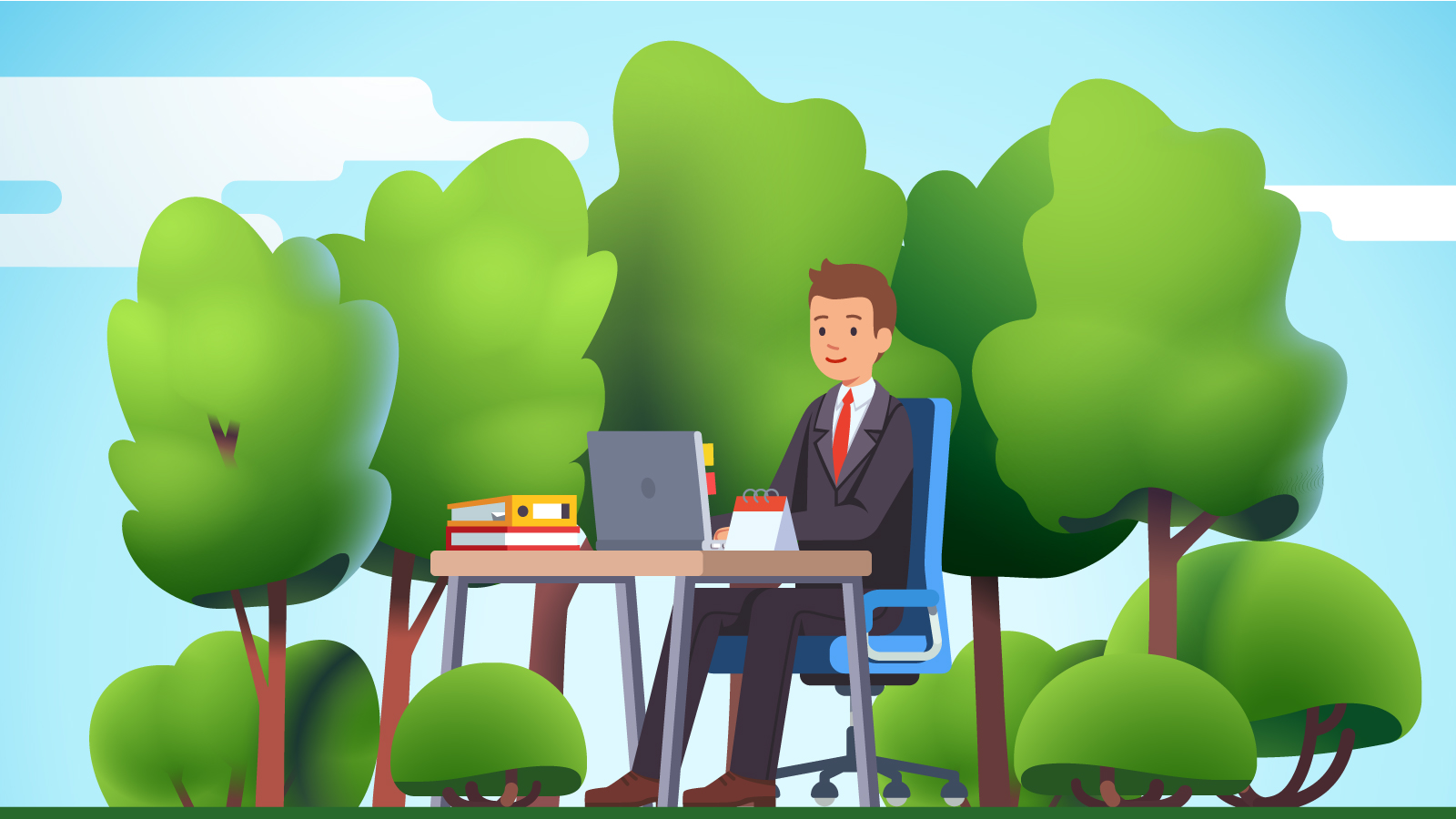 ﻿﻿The Pros and Cons of Working From Home, From a Business Perspective 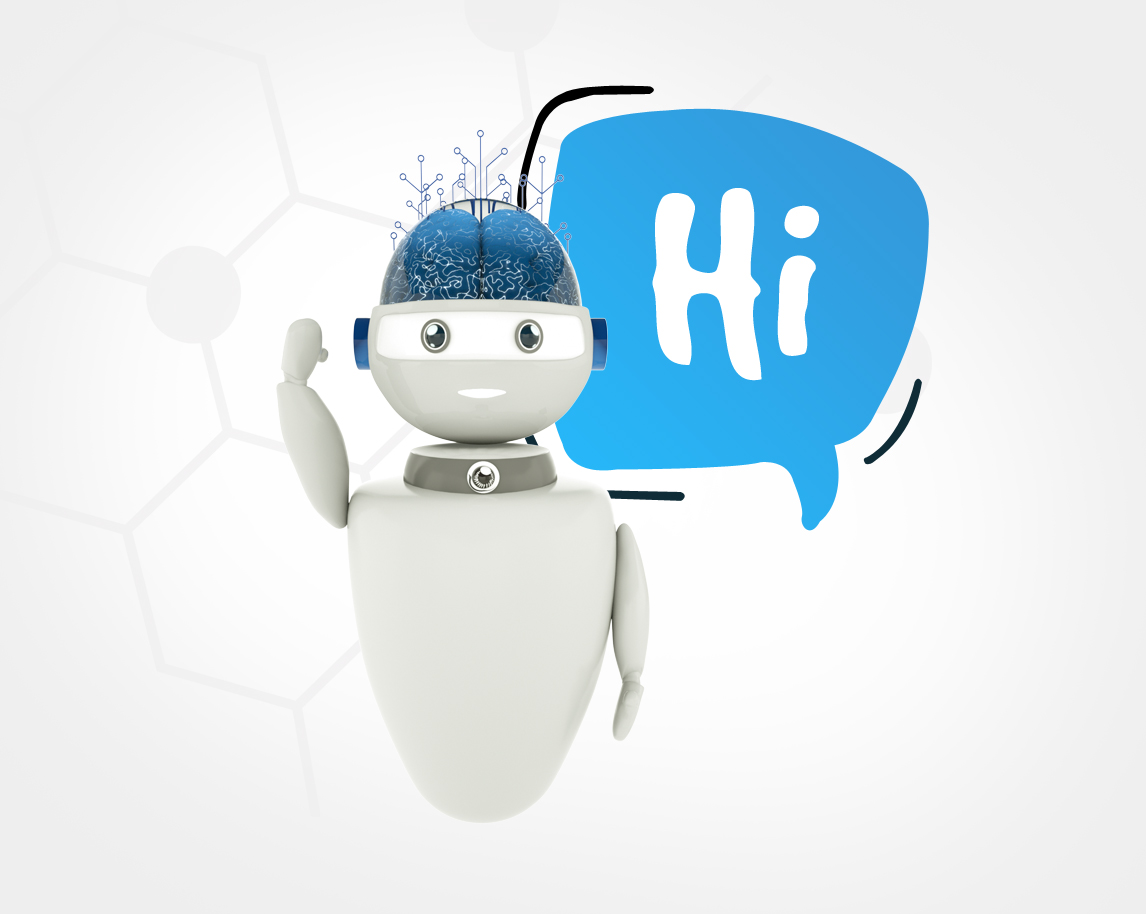 ﻿﻿How AI is Changing Sales 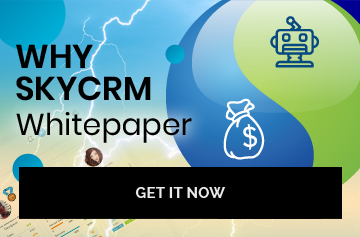 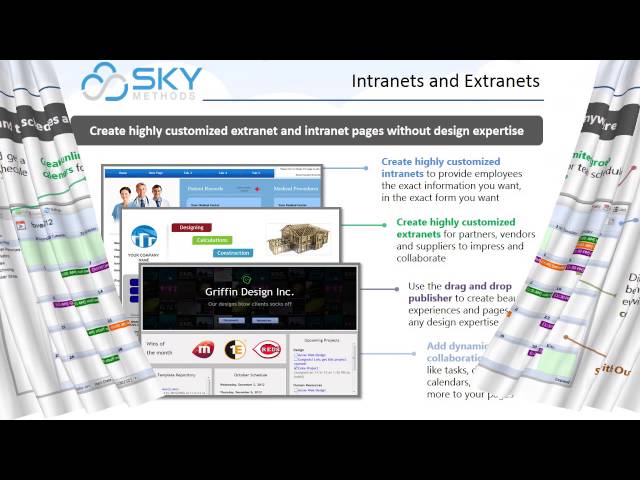 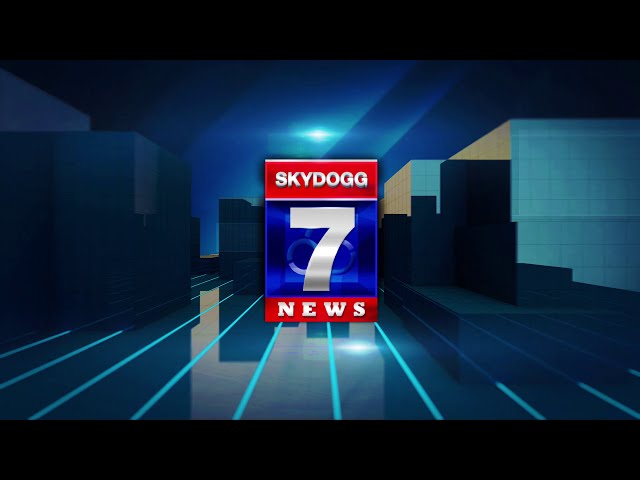 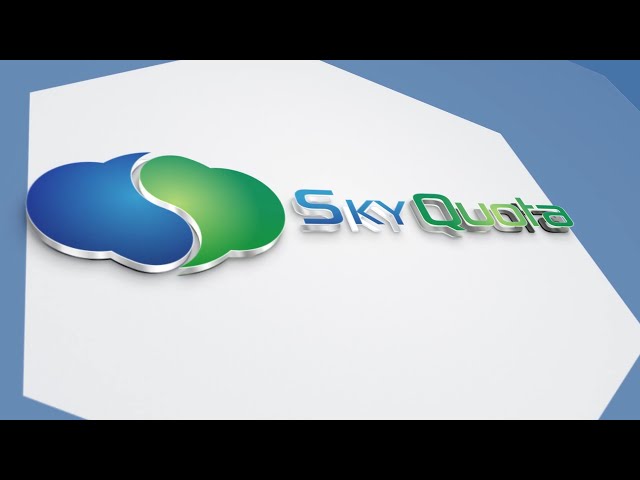